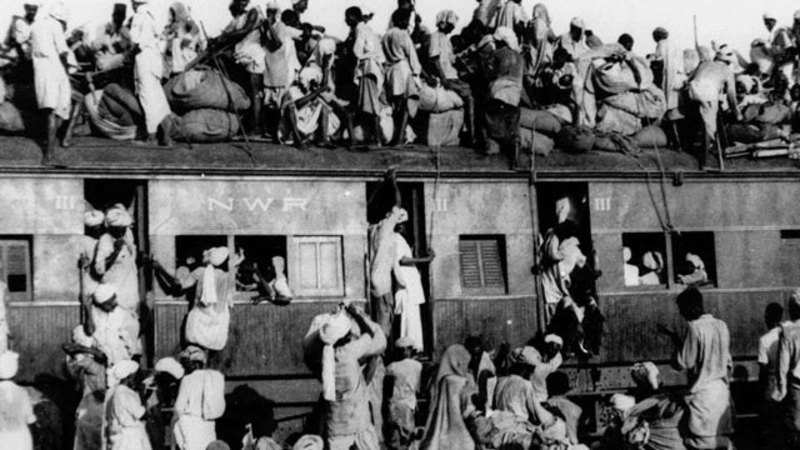 Cultural and national displacements have gigantic impact on the people who have gone through the process. The emotions involved are very deep and have a lasting impact on the descending generations. Often, these emotions aren’t processed totally and while the process of displacement is taking place, there numerous incidents that a person goes through without getting enough time to deal with it. Let us understand this with the help of an example.

Diljeet, 36 was always feeling depressed and lonely without understanding the reason why. He was absolutely jovial and fun loving before he turned 28. His wife stated that once Diljeet was the heart of the family and now he is sitting in one corner of the room lost in his thoughts. On questioning about the family history, it was discovered that his grandfather had to move from Pakistan to India during the partition. He had to leave his house, his fertile land, most of his belongings and also most importantly separate from all his beloved friends.

On further questioning, I found that the grandfather was witness to the mass murders happened during that time. We then decided to set up a constellation for this. It was found that 28 was the age when Diljeet’s grandfather had to separate from his home town. He was feeling numb as well as a victim of circumstances.

It was later found during the session that he did not die naturally, rather he had killed himself by poisoning which none of the present generation family members knew. He was so devastated seeing blood shed that he had taken over the heavy fate of the victims who died. Among the dead were lying his sisters whom he could not save. His representative reported of feeling that he does not deserve to live because his loved ones have died.

Diljeet’s representative was carrying the energies of this grandfather. All of this was released and harmony was restored into the system. Secondly, they weren’t able to relate to India and they felt that their major part of the energy i.e. their emotions were still lying in Pakistan. There was a land karma exercise done and all the energy fragments were brought back. This brought in much peace in Diljeet’s life and in the coming months he had once again started shinning as though the clouds had started clearing.

The above case is demonstrative of how displacements entangles emotions and makes one feel lost. They are traumatized with this and especially when it is forceful displacement. The descending generations feel lost without understanding why and sometimes don’t even know that their roots are lying in some other country or place. A sense of not belonging to the place, to the people develops in such cases.

In cases like these, sometimes the person is both the victim as well as the perpetrator and descending generations carry both the energies. Hence, it is necessary to bring these issues to notice and bring about a healing movement in our DNA as our ancestors are awaiting our freedom from these entanglements.

Hello, I have created a new subreddit - r/Holistic_Living for self-help, spiritual healing and support. Please do come and visit us. submitted by /u/familyconstellations to r/promotereddit [link] [comments] [...] 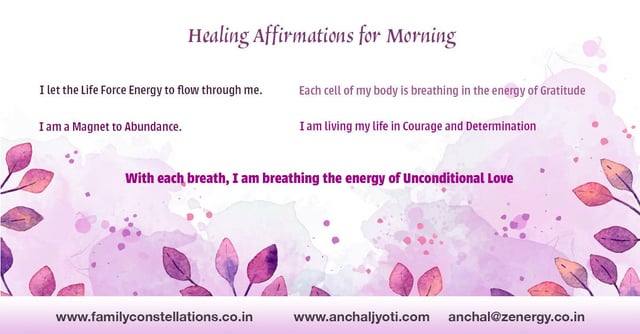 Indeed a pleasure to be of help. You could probably start with https://youtu.be/42OrTp2hCwY This is a guided meditation to let go off judgments. Do it and then let me know how it makes you feel. You could write to me on anchal@zenergy.co.in [...]

/u/familyconstellations on I’m trying a thing...

Following books can be really helpful: ​ You can Heal your Life - Louise Hay The Art of Communicating - Thich Naht The Power of Now - Eckhart Tolle The Art of Creative Visualization - Shakti Gaiwan [...]

/u/familyconstellations on Recommendation for a first self-help book for my partner?

Probably, start with "You can heal your Life by Louise Hay. That is a good book for starters. Then, "The Power of the Subconscious Mind" by Murphy. [...]