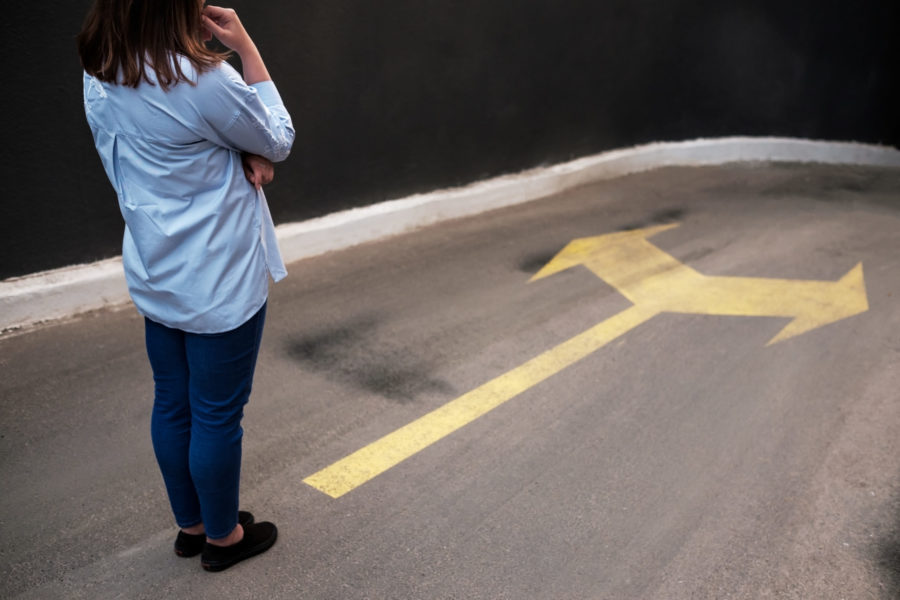 Leela in her mid 30’s was constantly confused in all the aspects of her life. She would find it difficult to take decisions. She did not feel connected to her parents or her family.

In fact, when it came to family matters, she reported that all she could feel was being disconnected. At work too, she had great potential as an interior designer, but hardly she could focus on her work.

Digging up her childhood, I found that in her studies too she had a hard time coping up to clear exams. While choosing her vocation too, there was no clarity at all.

We set up a constellation to see the underlying root cause of her constant confusion. A representative for Leela and her confusion were selected and put up in the field.

The first reaction of the confusion was looking beyond Leela, rather searching for something behind her. This indicated that her parents were not to be seen and Leela’s representative felt that there was nothing coming from the parents. So, the representatives for Leela’s parents were introduced in the field.

The moment parents walked into the field, Leela’s representative reported feeling great rage and aggression. The parents were feeling guilty. The mother was longing for the child and she reported feeling like the daughter was taken away forcefully from her.

This indicated like the child was given away to someone else. When I checked with Leela, she had no clue about it. Leela immediately called her mother and asked if something happened during her birth.

Leela’s mother was shocked to hear this as she was not her biological mother, and no one knew about it other than Leela’s parents and her adoptive parents.

They wanted to give her up immediately for adoption. This is when her adopted father proposed of adopting her. Hence, it was clear that Leela was an adopted child.

Further, the rage and aggression Leela was carrying was actually towards the father for rejecting her. This too was released, and the flow of love and peace was restored in her biological system.

The adopted parents were made to take in their position as just representatives of the biological parents and nothing more than that. This brought in a lot of peace in the system. Leela’s representative felt loved and liberated.

After a month, Leela called in to report that she finally started focusing on her work. Her relationship with her adopted parents had improved and that she finally met her biological parents too. This brought in peace to her confusion. For the first time, she was now ready for a relationship in her life too.

Adopted children often feel confused and disconnected. Primarily, this happens because the adopted parents try to take the position of biological parents.

Also, the rejection of the biological parents is what the child becomes entangled with. Only when the parents accept the heavy fate of their own life that they gave away the child, then the child feels at peace and can move ahead in life.